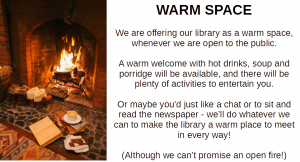 The Library Book Group meets on the 2nd Tuesday in the month, every month.
New members always welcome.

How to find us